Have your made your reservations for spring?

Along our Alabama Gulf Coast, cobia tend to inhabit the Panhandle area in late February, early March. They can be found in a variety of habitats including coral reefs, rocky shores and inshore around pilings. They are also most commonly found in clean, offshore waters around drifting and stationary objects. Cobia travel southward along the coast beginning in April and peaking all along the Gulf Coast in July and August.

Cobia are also known as black kingfish, black salmon, or ling. They are sleek looking fish and can resemble sharks in appearance. They are dark brown on top and have a white bottom. They usually have a dark stripe running from their gill to their tail, which tends to be more vivid in younger fish. They have sharp fins on their dorsal surface which extend from behind their head to their dorsal fin. They are known to grow up to a maximum length of 72 inches and maximum weight of 100 pounds.

They like to feed on crabs, fish and squid, and can be caught by bottom fishing and by trolling. Cobia can be spotted as they travel in shallow water, around pilings, markers, buoys and anchored boats. They will also accompany other large fish and rays. Casting ahead of the fish, so to bring the lure across its path and to work the lure with plenty of action, works best for Cobia. Since these fish are tough fighting fish, you need to use caution getting them into the boat. 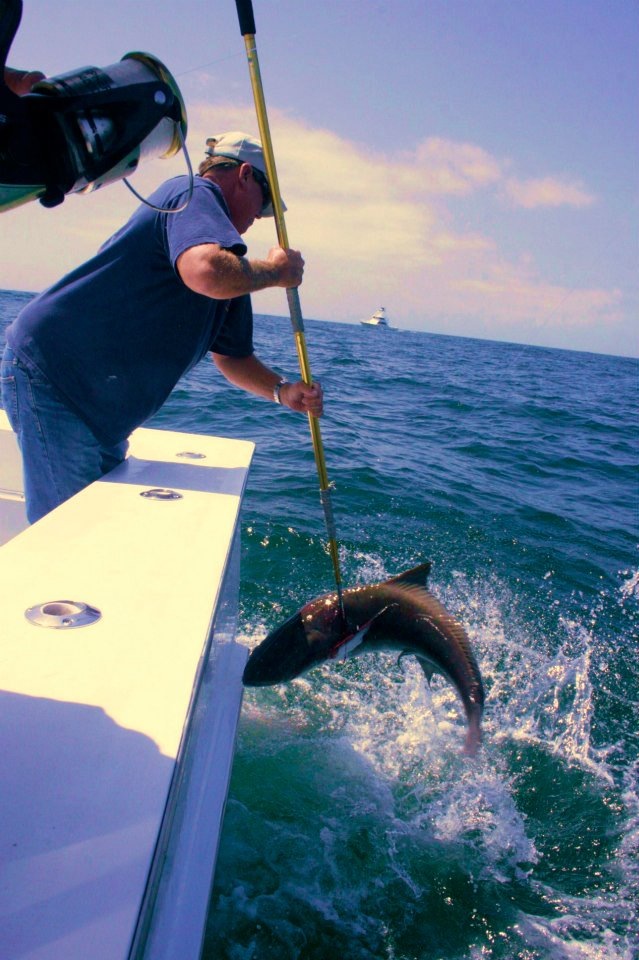