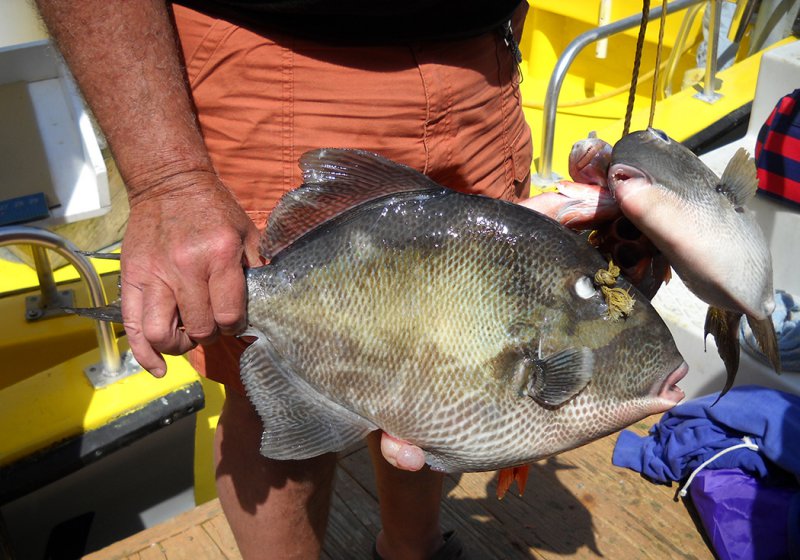 Triggerfish inhabit hard bottom ledges and artificial reefs in water depths that exceed 80 feet. They are almost always found in association with red snapper. Triggers are commonly caught on squid or cut bait. Triggerfish are known for bait stealing and this can be frustrating if targeting other species such as red snapper or grouper. Triggerfish have a hard, bony mouth, so a small, very sharp hook is best. They are aggressive and will protect their surroundings and battle each other frequently within their own schools. The survival of the fittest is very dominant with this fish. They tend to live alone, but often hunt for food in the same locations so they are often seen as a group.